Monitor the restoration of a shellfish reef.

The coastal waters of Yorke Peninsula in South Australia, indeed most of southern Australia, once contained extensive shellfish reefs comprising the native Australian oyster Ostrea angasi and other shellfish such as Pinna bicolor ("razorfish"). The reefs were destroyed during the 19th and early 20th century through over exploitation. Australia's only known remnant angasi reefs are at the entrance to Georges Bay, near St Helens, Tasmania, and this location is under threat. The decline of South Australia's oysters is documented here.

Scientific knowledge of Ostrea angasi is still quite limited, due to their limited remaining natural range. There is still much to learn about angasi's life cycle, and in particular their ability to provide bio-filtering and carbon sequestration services. Answering these questions will create economic opportunities for so-called blue infrastrucuture, with strong benefits to regional and remote communities in particular.

Windara Reef site lies in open water about 1 nautical mile offshore and 2 nautical miles from the small community of James Well, 2 hours from Adelaide. The rig is located in 8m waters. The site is very exposed to onshore winds with seas of 1m to 2m common. Tides also typically run in the 1m to 2m range. This requires a mooring system that can accommodate a 50% variation in water depth that is also capable of withstanding rough sea conditions.

First deployed on 25 Jan 2018, this rig is the longest-serving rig in the fleet. 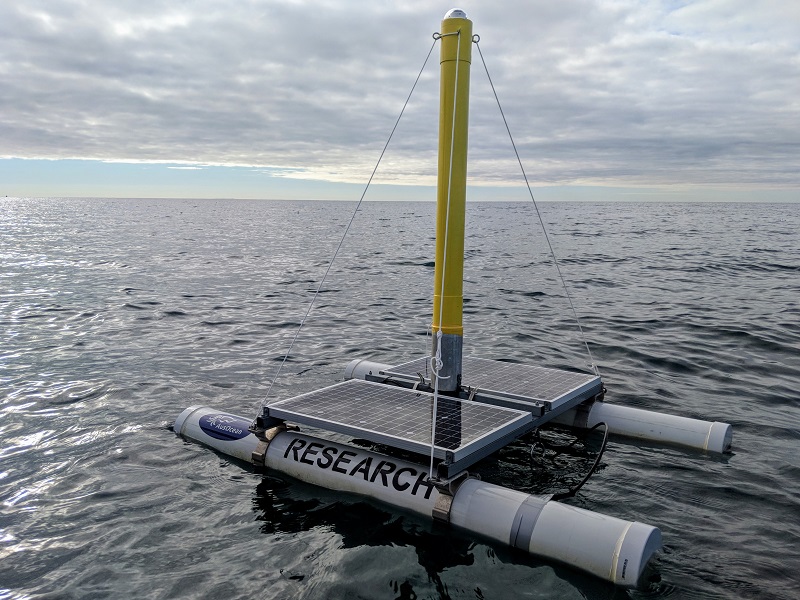