By Louise Nunn, The Advertiser.

Leading South Australian engineer Alan Noble has partnered with Immanuel College on a groundbreaking project to dramatically improve our knowledge of oceans.

Mr Noble — Google’s former chief engineer in Australia — said the key to his Network Blue project was the help he received from students at the Novar Gardens school.

Under Mr Noble’s guidance they built and trialled a low-cost, floating device made to collect ocean data.

Mr Noble plans to roll out the idea to other SA schools and, further down the track, nationally and internationally, establishing a global network of schools engaged in ocean research.

"The oceans are a tremendously important part of our planet’s health," said Mr Noble. "We need to take care of them but before we can do that we have to dramatically up our understanding of them." 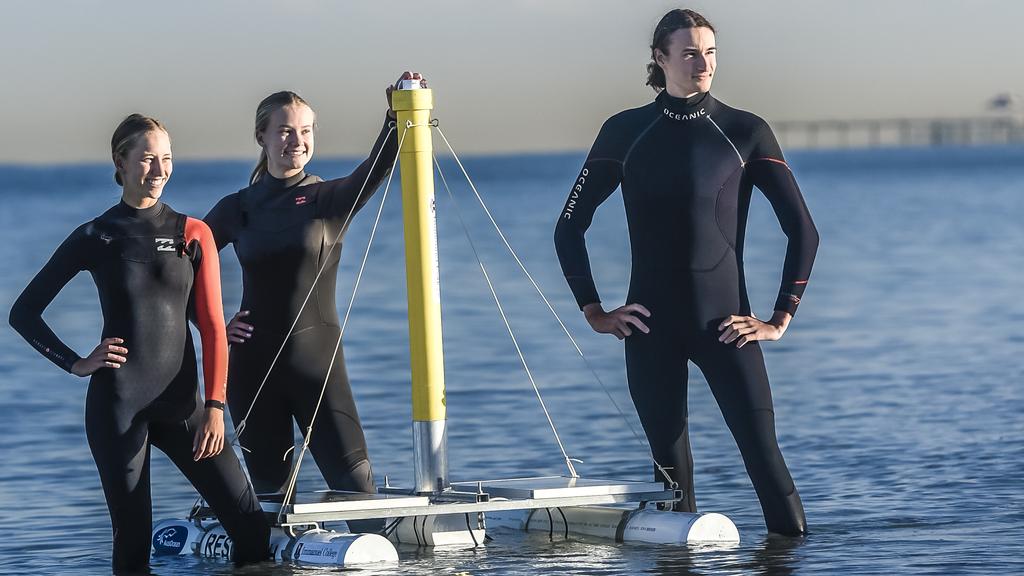 He said scientific knowledge of ocean environments was sparse and intermittent because of the high costs of working in marine environments, and the long lead times — up to two years — for scientific publishing.

Network Blue focuses on affordable technology, bringing down costs, and making the science immediately available to researchers and members of the public. Most of its components can be purchased from hardware stores.

A single device — called a rig — costs about $500 to build. Mr Noble and Immanuel will deploy them in waters along Adelaide’s coastline, where the data they collect will be transmitted free of charge.

Immanuel College students Holli Rawson, 17, Charlotte Folland, 17, and Tige Capaldo, 16, were in a team of 30 who worked on the prototype to monitor sea air and surface temperatures.

"It’s a privilege to be working on something so current and important with someone like Alan who is so well known in the industry," said Holli. Tige agreed: "We’re designing and building something completely new, deploying it, maintaining it, and making the data available to everyone, which is really exciting. We’ll also be helping Alan launch it in other schools."

He said its possibilities were endless and future incarnations could include other data collection equipment.

"The mast is a bright yellow tube and it’s essentially empty space so schools can stuff it with all kinds of experiments," Mr Noble said.